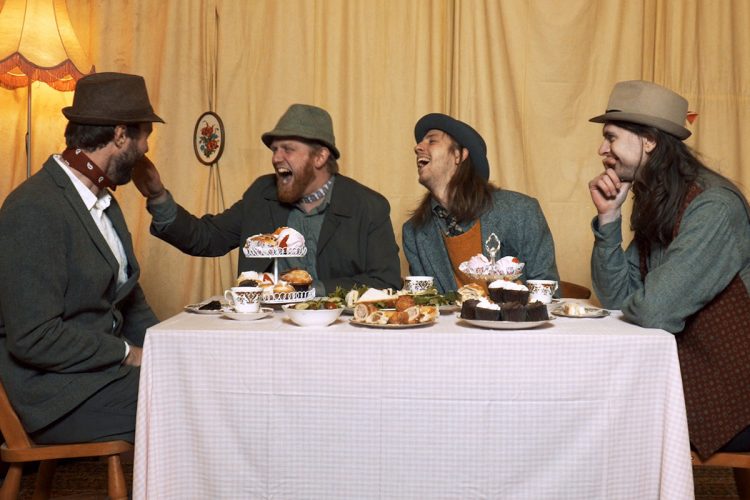 Audrey are an original rock and roll band from Hull. Formed three years ago when drummer Tom Small met singer songwriter Josh Darby, the pair started creating their own brand of sweaty rock and roll ever since with a sound offering a nod to simple, rootsy rock and roll of time gone by while injecting a modern day feel. With the acquisition of bass guitarist Ben Stephenson and electric guitarist Ben Farr, the band have gone on to perform alongside chart-hitters SPACE and Big Country. Audrey's self-titled debut EP (2018) and Afternoon Tea At Audrey's (2019), produced by Grant Henderson of LOOM Studios received positive acclaim from music folk and followers alike, with both records featuring on BBC Introducing Humberside. As a result, the band earned themselves a booking at this summer's LakeFest, featuring artists such as the Happy Mondays, James and the Kaiser Chiefs.

'What Audrey do really well is that they write catchy hooks (through their songwriting), they show that they understand how to blend several really well-done elements together'
For The Love Of Bands

'We have what you need with a manly bitch, the kind that spits big molasses loaded with nicotine, alcohol, tea, and fat British rock'n'roll'