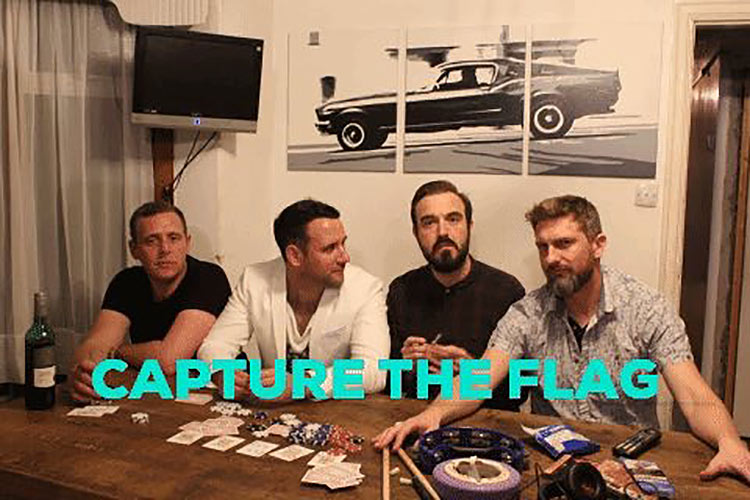 Capture the Flag are a four piece indie pop band from Hull, Yorkshire. The band consists of Shane (Vocals & Guitar) Aodhán (Guitar) Adam (Bass) and Rich (Drums). The band formed in 2017 and have already had some notable radio time on BBC. The first track to be written, recorded was ‘Broken Bottles’ which received feedback that defined the track as ‘Catchy, Quirky pop’. This track was followed by the atmospheric ‘No More love today’ which has caught the attention of many who have picked up on the ‘wall of harmonies’. Not resting on the back of these two anthems! The band have recently recorded their third track ‘New World Order’ which is a call to arms for those who want to march to the sound of a different beat and want their ears full of sparse ambient space echo.