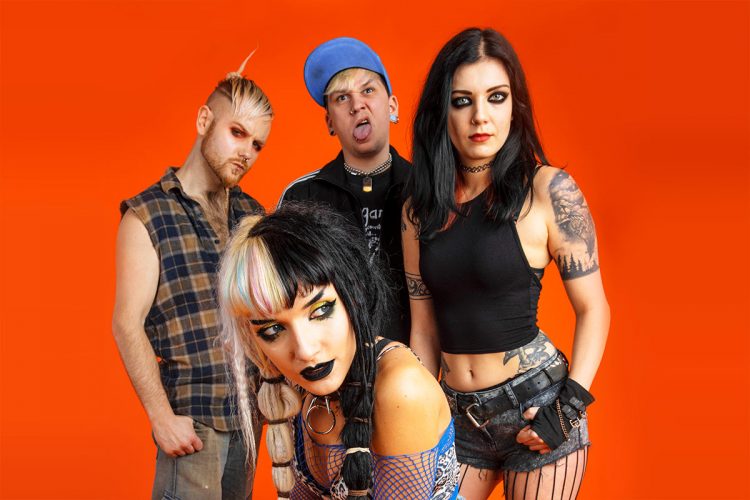 Formed in 2015 in South Yorkshire when front woman Lauren Tate stuck two-fingers up to the repressive school environment that trapped her and dropped out, the 16-year-old self-confessed misfit wasted no time in finding an outlet to channel every bit of the alienation and despair experienced within those concrete walls into something cathartic and creative. And Hands Off Gretel was born.

Fiercely independent, Hands Off Gretel self-produce and control every aspect of the sound and image. Their loyal and passionate fan base has grown organically from years of work, interacting daily with fans on social media, creating art, videos and merchandise, building not just a band, but a brand with a very clear identity. They self-released their second album on their own label 'Puke Pop Records' after a triumphant recovery from the Pledge Music funding crisis.

Over the past 4 years the band have played over 100 UK headline dates, toured Germany and played major festivals, including, Rebellion Festival, The Great British Alternative Festival, Isle of Wight, Amplified Festivals Download and Camden Rocks festival. They have built themselves a solid reputation for their live shows, which are as visually compelling as they are musically, with Tate like an ever-evolving chameleon, you’re never quite sure what you are going to get. Tastemakers 'This Feeling' have put their band into the 'Big in 2019' Campaign, with a series of dates planned in April. The band have a full UK tour planned for June/ July and a European tour planned for later in the year.